ReliefAid is an international humanitarian organisation with a vision of saving lives and alleviating suffering of people affected by armed conflict and natural disasters through independent and impartial humanitarian action.

ReliefAid’s actions are driven by the principle of independence and impartiality. Our life-saving humanitarian action is provided on the basis of need, irrespective of religious and political beliefs, race and gender.

ReliefAid relies soley on private donations. We do not receive any funding from governmental sources and are a registered charity with the New Zealand Charities Commission.

ReliefAid has the experience and networks to provide life-saving humanitarian assistance where it is most needed, in places where other aid organisations cannot or will not operate.

Despite fewer wars being experienced globally an intensification of violence has lead to a larger number of people being displaced from their homes.

It has been estimated that over 50 million people are currently displaced due to conflict with civilian populations overwhelmingly paying the price.

Those displaced are often isolated, vulnerable and without the services required for basic life support.

Support from the international community has in some cases provided relief but needs greatly outstrip the support being provided.

Our ‘Communities Under Fire’ appeal focuses on the distribution of shelter items to families brutally affected by the civil war inside Syria. 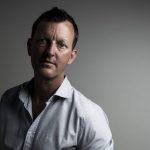 Mike following a decade of experience working in conflict affected countries and frustrated by the inability of many aid organisations to get staff and resources into conflict zones founded ReliefAid in late 2014.

Read and hear Mike in the media. 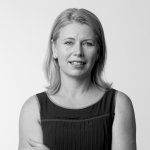 Joanne is a financial and operational specialist having worked in New Zealand and abroad. She is driven to make a difference for families who faced by war’s not of their making have nowhere else to turn. She has daughters, Zoe and Ava and lives in Auckland. 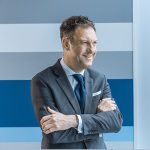 Simon is a barrister practising international commercial and investment treaty arbitration and domestic commercial litigation and arbitration at Bankside Chambers, Auckland and Singapore. He is passionate about making a difference to innocent victims in dire situations as a result of war. He has two children, Charlotte and Barnaby and lives in Auckland.

By making a donation you will directly help save lives of families affected by conflict.